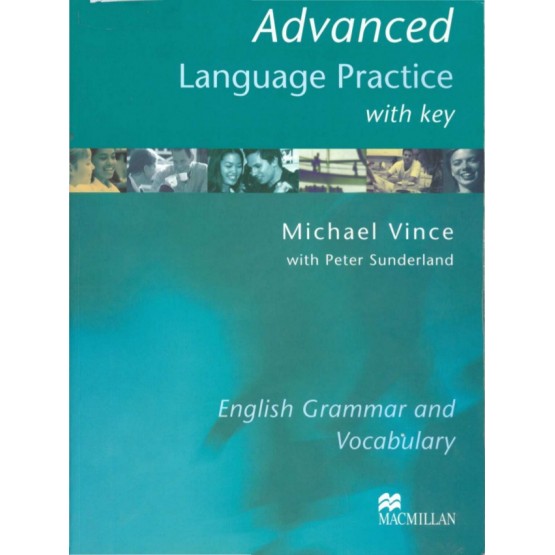 Other ways of referring to the future Other future references

Basic contrasts: past simple and past continuous

Past perfect simple and continuous

Used to and would

Time expressions with the present perfect

Have and get something done, need doing

Comr >n contexts for the passive

Variations: if only, unless and other alternatives to if, past, events with results in the present, should, were to, happen to, if it were not for, if it hadn’t been for, will / would
Grammar 2
Grammar 3
Grammar 4

Other ways of making a conditional sentence: supposing, otherwise, but for, if so, if not, colloquial omission of if, if and adjectives, (f meaning although
Unreal time and subjunctives 54
It’s time Wishes
Id rather / Id prefer (followed by a clause)
As if, as though Suppose and imagine Formal subjunctives Formulaic subjunctive
Units 5-8 60
Modals: present and future 65
Don’t have to and must not: absence of obligation, obligation not to do something
Should and ought to: expectation, recommendation, criticism of an action, uncertainty with verbs of thinking, with be and adjectives describing chance, after in case to emphasize unlikelihood Could: possibility or uncertainty, with comparative adjectives to express possibility or impossibility, suggestions, unwillingness Can: criticism, capability
Must and cant: certainty, present time reference only
May and might: although clauses, may / might as well, possibility
or uncertainty, with try
Shall: certainty, what the speaker wants to happen, in formal rules
Will: assumption, intention, to refuse or insist
Would: to express a conditional sense
Need and need to: need to not a modal, need partly a modal
Dare: with and without to
Related non-modal expressions: had better, be bound to Modals: past 72
Had to and didn’t have to: past obligation or absence of obligation
Should have and ought to have: expectation, criticism of an
action, should have and verbs of thinking, with be and
adjectives describing chance, polite expressions
Could have and couldn't have: past possibility or uncertainty, with
comparative adjectives, unwillingness
Could: past pv. nission or ability, compared with could have
May have and might have: past possibility, uncertainty, to
express annoyance
Must have and can’t have: certainty, with surely Would not: unwillingness
Would have: events in the past which did not happen, assumptions
Needn’t have and didn’t need to: unnecessary actions done and not done
Adverbs and modals: easily, just, really, well
Inversion 78
Inversion
Inversion after negative adverbials Inversion after so / such with that Inverted conditional sentences without if
Emphasis 85
Changing word order to change focus Adding words for emphasis Other means
Units 9-12 92
Reported speech 97
Problems: reported speech with modals, with conditionals, don’t think Reporting verbs
Functions: verbs that describe a function, verbs that describe actions
Changes of viewpoint
Articles 104
Definite article {the)
Indefinite article (a / an)
Zero article Translation problems
Relative clauses and non-finite clauses 111
Defir 'ng and non-defining clauses Whim, who and that Who and whom Whose
When and where
Omitting the relative pronoun
Sentences ending in a preposition or phrasal verb
Omitting which / who + be
Which to comment on the main clause
Clauses beginning with what and whatever
Non-finite clauses containing an -ing form
Verbs + infinitive or -ing 118
Verbs followed by either -ing or infinitive with to Verbs with an object, followed by either -ing or infinitive with to
Verbs normally followed by infinitive with to Verbs normally followed by -ing Verbs followed by infinitive without to Verbs followed by an object and to
Consolidation 4 Units 13-16 126
Grammar 17 Verbs + prepositions  Verbs followed by: about, against, at, for, from, in, of, on, to, with 131
Grammar 18 Prepositions  Prepositions following adjectives: about, at, by, for, from, in, of, on, to, with  Prepositions following nouns: for, on, over, to, with Expressions beginning: after, at, beyond, by, for, in, on, out of, under, with, within, without 138
Grammar 19 Phrasal verbs 1  Add up to get up to 144
Grammar 20 Phrasal verbs 2  Give away to put up with 150
Grammar 21 Phrasal verbs 3  Rip off to work out 156
Consolidation 5 Units 17-21 162
Grammar 22 Linking words and phrases  Text organizers: adding a point, developing a point, explaining a point, contrast, explaining reasons, making generalizations, starting, giving new information, concession / qualification, giving a personal opinion 167
Grammar 23 Punctuation and spelling 172
Words commonly misspelled: common errors, words with similar spelling but different meanings, words with the same pronunciation
but different spelling and meaning  Punctuation: commas, apostrophes, colons and semi-colons
Consolidation 6 Units 22-23 178
Grammar 24 Further practice 182
Vocabulary 1 Leisure activities 188
Vocabulary 2 Travel and movement 192
Vocabulary 3 News events 196
Vocabulary 4 Places 200
Vocabulary 5 Media and advertising 204
Vocabulary 6 The natural world 208
Vocabulary 7 Work 211
Vocabulary 8 Business and money 215
Vocabulary 9 People and relationships 219
Vocabulary 10 Social problems 223
Vocabulary 11 Entertainment 227
Vocabulary 12 Government and society 231
Vocabulary 13 Health and the body 235
Vocabulary 14 World issues 239
Vocabulary 15 Thinking and feeling 243
Vocabulary 16 Technology 247
Vocabulary 17 Quality and quantity 250
Vocabulary 18 Education 254
Vocabulary 19 Word formation 258
Vocabulary 20 Multiple meaning 262
Words and phrases
1 Expressions with come, expressions with in, idioms based on hand, wood and metal, prefix un-, verbs of movement 265
2 Expressions with get, colour idioms, common phrases, expressions with see, suffix -fui, expressions with out 268
3 Expressions with on, expressions with one, expressions with break, sounds, words connected with memory 271
4 Formality, expressions with no, expressions with head, words connected with people, expressions with make, compound words 274
5 Size, suffixes, headline language, body movements, expressions with at 277
6 Expressions with set, places, words with more than one meaning, speaking, expressions with within, adjective suffix -ing 280
7 Expressions with by, idioms with parts of the body, adjective-noun collocations, expressions with have, verbs of seeing, expressions with do, time expressions 283
8 Collocations of nouns linked with of, size and amount, expressions with bring, feelings, prefix well, expressions with from 286
9 Adverbs, expressions with think, expressions with give, modifiers, words with more than one meaning, but 289
10 Expressions with put, expressions with run, prefix under-, names, expressions with call, verbs with up 292
Index 295
Vocabulary wordlist 297
Grammar answers 313
Vocabulary answers 331
Words and phrases answers 340
`