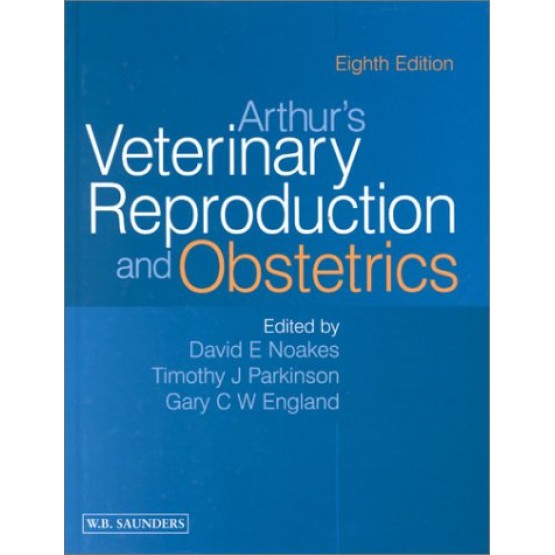 Foreword
It is with a sense of pride and fulfillment that I respond to my fellow authors’ to have the eighth edition of “Veterinary Reproduction and Obstetrics” entitled to me.

It was in 1962 that the late Professor J. G.Wright invited me to take over his “Benesh and Wright Veterinary Obstetrics”, 2nd edition. In agreeing to his request, it was my intention to revise and greatly enlarge his text for undergraduate students of veterinary science in English-speaking countries and for it to serve as a reference source for practising veterinary surgeons, as well as for scientists of allied disciplines. These objectives have been followed since my 1964 third, to the present eighth, edition.

The original format of the book and the divisional layout of its contents into appropriate sections and chapters have undergone progressive development but the only major changes in subject titles have been the addition of chapters on “Exotic Species”, “Small Mammals” and “Embryo Transfer”, together with a vocational appendix of the materials used in the diagnosis and treatment of reproductive disorders. The advent of ultrasonic imaging has become established as a most useful addition to the veterinary surgeons’ armoury; it is appropriately incorporated in the relevant chapters of the last three editions.

The favourable literary reviews of our book and its wide use overseas, together with translation into French, Italian, Spanish, Portuguese and Japanese,
have provided welcome encouragement to me and fellow authors to continue to update the book.

The need to make comprehensive reviews for student use from the vast volume of new literature, particularly in the fields of reproductive endocrinology, gonadal physiology and genetics, is now a heavy task. In the context of stimulus to further effort in authorship is the inspiration from the work of prominent contributors to one’s particular discipline. The period of my 60 year career in clinical veterinary science has been notable for the contemporary lives of outstanding workers in my field, from whose publications I have benefited substantially. It is a pleasure to record my deep gratitude to the following gentlemen:- Professor W. Williams (Cornell), F. Benesch (Vienna), N. Lagerlof (Stockholm), J. G. Wright (London), E. Amoroso (London), M. Vanderplassche (Gent) and S. J. Roberts (Cornell).

I will close by expressing my warmest thanks to all who have contributed to previous and present editions of our book. My special thanks go to Professor David Noakes, who has played a leading role in his work for the last three editions.

It is extremely sad to refer to the death of Professor Harold Pearson since the publication of the seventh edition. He is still greatly missed by all who knew him as a brilliant clinician and teacher.