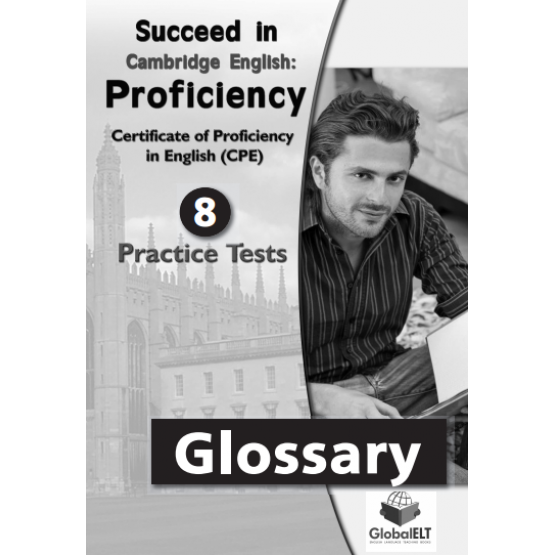 scorn n *an open or unqualified contempt: Her attitude showed the scorn she felt.

laboratory n *a place equipped to conduct scientific experiments, tests, investigations or to manufacture chemicals, medicines, or the like: School facilities are excellent and include a laboratory for teaching and research.

genius n *a natural ability; strong inclination: He has a special genius for leadership. = Saipuvio nveupa, гбюфиСа pivotal adj *ofvital or critical importance: It’s the wish of every doctor to make a pivotal contribution to the field. groundbreaking adj *something being like nothing done, experienced or created before: It was a groundbreaking decision, even for a company with a long history of innovations. heap upon phr.v. *give or assign in great quantity; load: The priest always heaps blessings upon the couples. pick on phr.v. *criticize or blame; tease: The older boys always pick on the younger ones at school. assemble v *fit together; put together the parts of: Dad assembled the toy according to the manual.

flaring adj *flaming or blazing unsteadily; shining out with a dazzling light: How beautiful is the flaring fire! glimmering adj *shining faintly or unsteadily; shimmering: The moon was glimmering through the clouds. sparkling adj *shining with little gleams of light, as a brilliant gem; glittering: Her bright eyes were sparkling. flickering adj *moving to and fro; quivering: The light in the room was flickering.

surveillance n *supervision; a watch kept over a suspect, prisoner, or the like: Since she was suspected of committing the crime, the police kept her under surveillance. bereft adj *deprived; parted : They are bereft of all happiness, since their son died.

layer n *a thickness of some material covering a surface or forming an overlying part: Mum baked a cake with four layers. proactive adj *acting in advance to deal with a difficulty; anticipatory: The government has taken proactive steps to prevent terrorism.

bank over phr.v. *incline an airplane laterally when turning: The pilot had to bank the aircraft over the ocean. = лpoo5^5ю кМстр navro anó..., yépvro (уга aeponkavo) ка06^ oxp^Pю gaze v *look intently, as with great curiosity, interest or wonder: She was standing there, gazing at the horizon. canopy n *a cover formed by the leafy upper branches of the trees in a forest: If you ’re looking for some shade, pick a tree with a wide canopy.

appoint v *assign to a position, an office, or the like; designate: A new judge was appointed.

latterly adv *in a later part of a period: Latterly he became human-rights activist.

curator n *a person in charge of a museum, etc; a manager:

He is a former zoological curator.

tyro n *a beginner in learning anything: The German boy was a tyro in English.

lithe adj *bending easily; flexible: A ballerina should have a lithe body.

of its own accord phr *of one’s own free will: She did it of her own accord, without being forced to. tack n *a course of action or conduct, especially one differing from some preceding course: The two competitors differed highly in tack.

placid adj *pleasantly calm or peaceful; serenely quiet or undisturbed: The placid waters of the lake were brilliant to look at.

tabby adj *striped or brindled: The tabby cat laid in bed. preserve n *something considered as being the exclusive province of sb: The lion defended it’s preserve until it’s death. encroach v *trespass upon the property or rights of another; advance beyond limits: There is no reason to encroach on individual freedom.

inmate n *someone who is confined in a prison, hospital, etc.:

The inmates protested because of the horrible living conditions in prison.

cunning n *cleverness; skill in deception: To succeed one needs some cunning, too.

spirited adj *having or showing courage, vigour, liveliness, etc.: He wanted to provoke a spirited debate. take the edge off idm *ease; make less severe: The snack took the edge off our hunger.

attack were characterised by extreme viciousness.

The dog started snarling when he saw the burglar. rave v *make a wild or furious sound; rage: The wind was raving outside.

purr v *make a low, continuous, murmuring sound expressive of pleasure: The cat was purring with delight. take aback v *astonish; fill with surprise or wonder: Everyone was taken aback when they heard I was promoted. sacking n *coarse woven material of hemp or the like, chiefly for making sacks: A piece of sacking was used to make a groceries bag.

chop v *cut in small pieces: The chef chopped the meat to prepare his dish.

outboard engine n *a portable gasoline engine with propeller on the stern of a boat: Small boats with outboard engines are perfect for fishing.

fling v *move (oneself) violently with impatience, or the like:

The dog flung itself at its food.

mew n *a tiny, high-pitched sound a cat or kitten makes: The

muffle v *deaden sound: Earplugs can muffle loud noises. ponder v *consider something deeply and thoroughly; meditate: Many people like to ponder on the mysteries of the universe.

lap v *take in (liquid) with the tongue: The dog lapped water from the bowl.

morsel n *a bite or small portion of food, candy, etc. : The girl enjoyed that tasty morsel of meat.