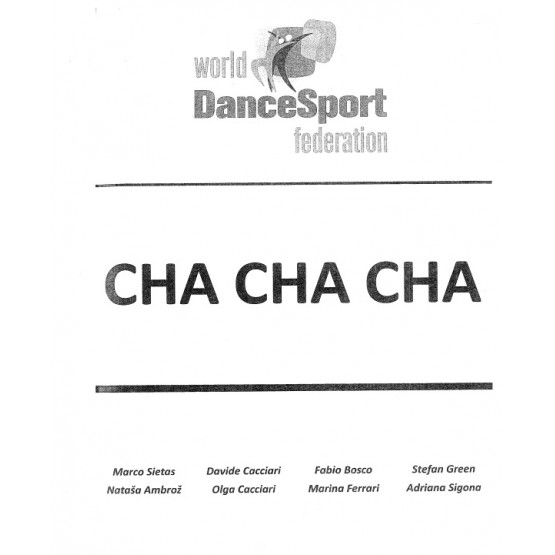 Since the recognition of the WD5F (then called ID5F) by the International Olympic Committee, DanceSport technique has developed and flourished with athletes bringing innovation to the floor at each and every competition.
Whereas the historic technique has always been a guideline for athletes and teachers, the aforementioned developments now require a new method of codification, respecting the fundamental principles of the past but including the dynamic changes of the present.

The new books use a similar chart system to that of the historic technique with the introduction of several new columns describing additional technical details.

This series includes a collection of ten books, five for Standard dances and five for Latin dances, and attempts to unify the language used in the two disciplines where possible.
Nine Levels of Difficulty

The first technical level (Grey) contains six basic necessary fundamentals to allow a general understanding of the Figure. The second technical level (Yellow) contains three updated principles of posture, position and action. The third technical level (Red) contains three advanced and completely new actions and principles.
The three choreographic levels of difficulty of the syllabus figures are Bronze, Silver and Gold.
These three choreographic levels and the three technical levels combine to create nine levels of difficulty designed to improve the process of study and preparation in DanceSport, involving everybody, from the Social dancer and teacher to the high level dancer, teacher and obviously judge.