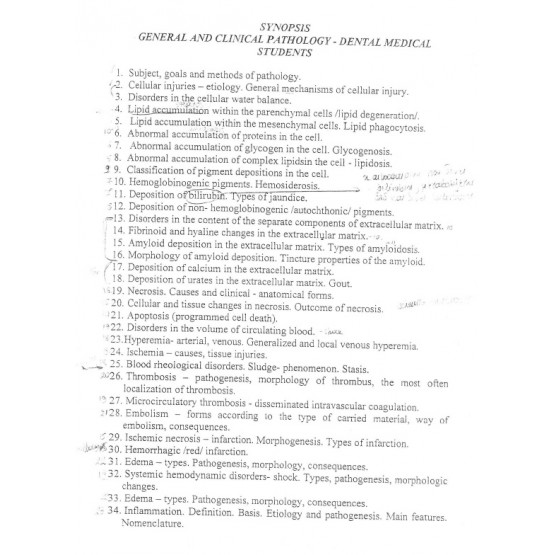 1. SUBJECT, GOALS AND METHODS OF PATHOLOGY

Pathology is, 'the study of paths', by which disease comes or also the scientific study of the structure and function of the body in disease. The term pathology itself may be used broadly to refer to the study of disease in general, or more narrowly to describe work within the contemporary medical field of "general pathology," which includes medical specialties that diagnose disease—mostly through analysis of tissue, cell, and body fluid samples. As a field of general inquiry and research, pathology addresses four components of disease: cause (etiology), mechanisms of development (pathogenesis), structural alterations of cells (morphologic changes), and the consequences of changes (clinical manifestations). In common medical practice, general pathology is mostly concerned with analyzing known clinical abnormalities that are markers or precursors for both infectious and non-infectious disease and is conducted by experts in one of two major specialties, anatomical pathology and clinical pathology.